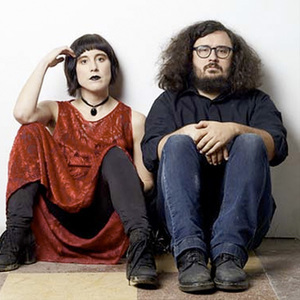 Lung is a two-piece rock band comprised of Kate Wakefield (electric cello and vocals) and Daisy Caplan (drums). Their sound is dark and commanding, evoking the driving sludge of early grunge/post rock with layered sinister undertones. Since their first performance in April 2016, the duo has played over 400 shows across the US, Canada, and Mexico. In 2017, their initial full-length independent release ‘Bottom of the Barrel’ was met with acclaim from publications such as; New Noise Magazine and The Fire Note. They’re one of Daytrotter’s ‘Top 100 bands for 2018’ and worked the crowd into a frenzy at their SXSW 2018 Official Showcase.